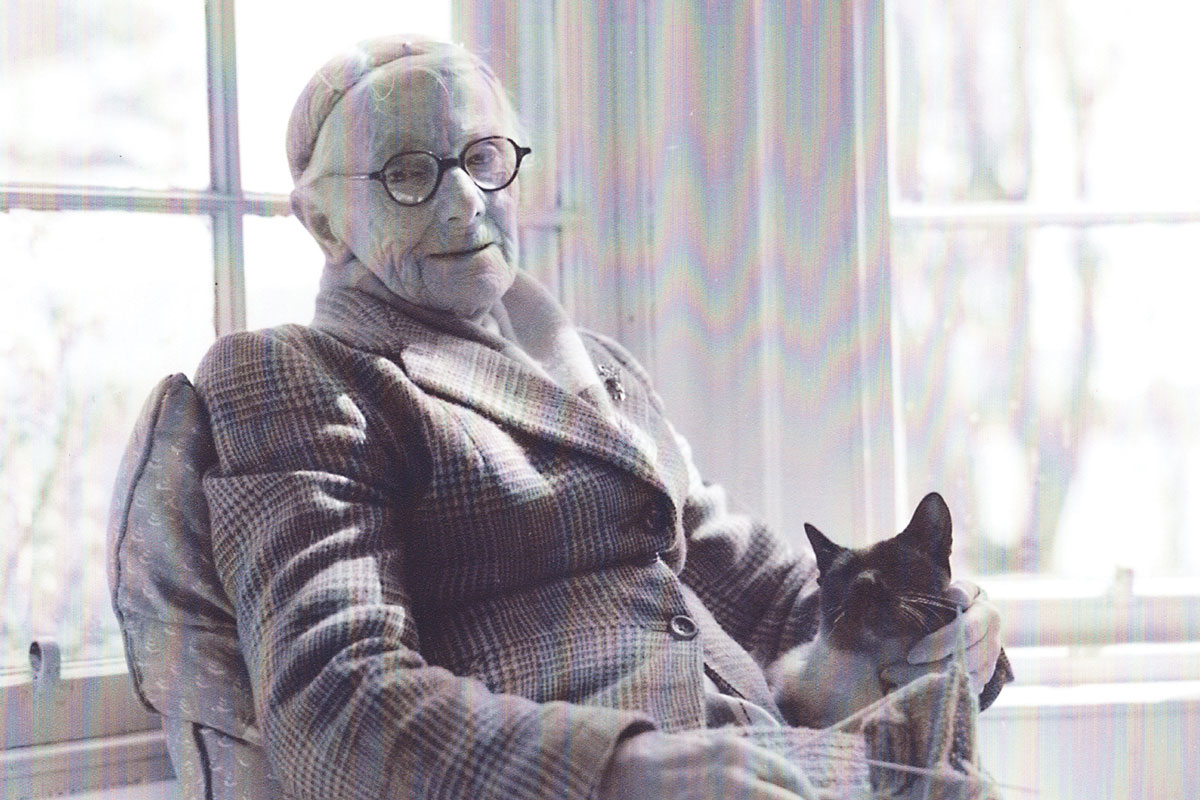 Founded by John Lorne Campbell and his wife Margaret Fay Shaw, this collection reflects the couple’s passion for folklore and ancient culture and language, especially Gaelic.

Canna House on the tiny Isle of Canna in the Scottish Inner Hebrides, is owned by the National Trust for Scotland. It was gifted to them, along with the island itself, by the folklorists John Lorne Campbell and his wife Margaret Fay Shaw in 1981 and houses one of the world’s most extensive collections of Celtic Song and Folklore including original archive recordings from the early 20th Century. It also houses important collections of lepidoptera (butterflies and moths) and Margaret’s culturally important collection of black and white photographs of life in the Hebrides in the 1920’s and 30’s. This photograph is of Margaret’s lifelong friend,Peigi Macrae from North Glendale in South Uist, one of John Lorne’s principal song contributors.

Reproduced by kind permission of The National Trust for Scotland, Twitter @CannaNTS facebook.com/CannaNTS