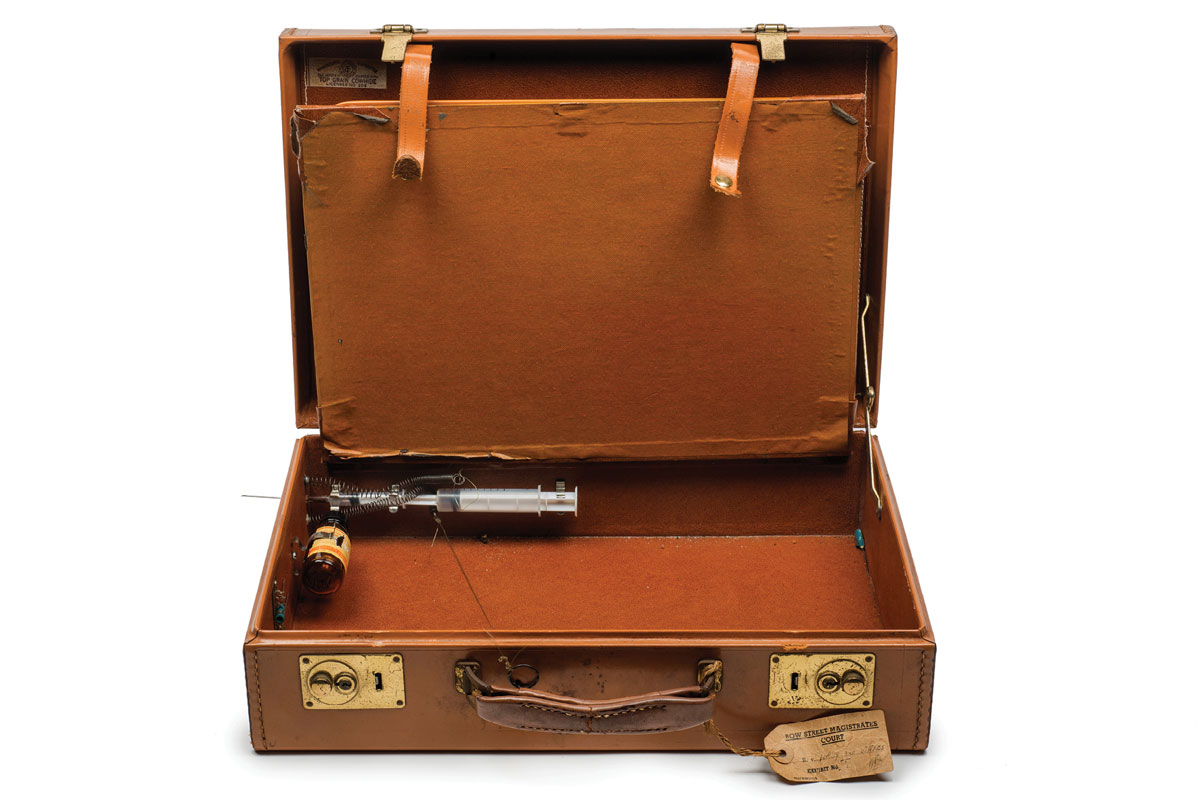 The present museum is in two rooms. The first contains an extensive collection of weapons, all of which have been used in murders or serious assaults in London, and displays items from famous cases, generally prior to 1900, such as Jack the Ripper and ‘Charlie Peace’.

Briefcase with syringe and poison that the Krays intended to use against a witness at the Old Bailey (never used), 1968