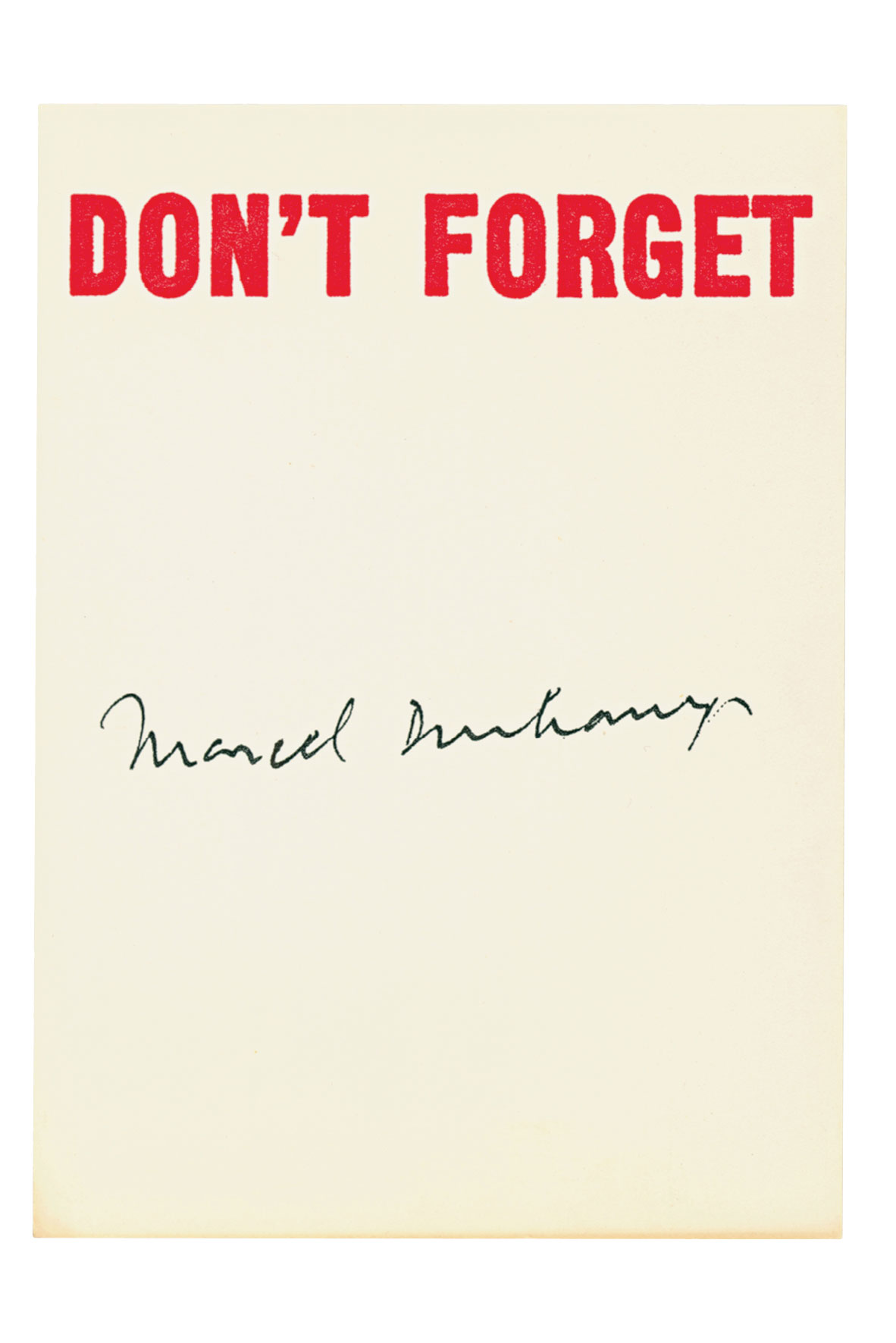 Of interest to students of art and deltiologists (collectors of postcards) alike, Jeremy Cooper’s extensively illustrated book provides the first critical study of the place of the humble postcard in the history of art. It spans more than a century, but has a particular focus on the contemporary artists who Cooper says have rediscovered, appropriated, redeployed or otherwise taken to the form, from Gilbert and George’s 1,000 or so “mail art” pieces and Adam Dant’s reworkings of Donald McGill’s saucy seaside postcards to David Shrigley’s more practical-minded 25 Postcards for Writing On.

When, in 1960, Richard Hamilton asked Marcel Duchamp for a signature to add to his typographic translation of the Green Box, Duchamp replied by signing the blank page of a DON’T FORGET memo pad. As Hamilton wrote in 2011, the year before his death, to Jeremy Cooper: ‘I used the signature with his kind note at the end of the book and the message became more poignant after he died in 1968.’